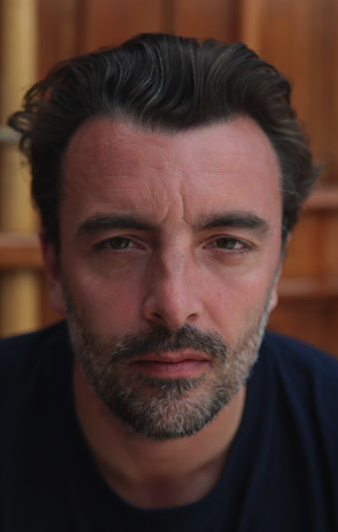 Many natural history films about the ocean contain incredible footage and inspire passion for the natural world but we felt angry that more often than not they perpetuate a myth about the seas, that they exist in a perfect pristine bubble untouched by humankind. Now man's destructive influence extends to every previously hidden canyon and crevice. Fishing has even introduced evolutionary changes in fish. We are consuming every level of the food chain and the future looks deeply uncertain. We wanted to tell the true story of what is happening to our oceans by focusing on the work of the most efficient predator operating in the system, man. It's a fascinating and intriguing story that many people haven't heard before and we felt it needed to be told because ocean issues are not on the agenda as much as they need to be. This problem affects 70% of our planet and the livelihoods of a billion people but The End of the Line is ultimately a story of hope. There is light at the end of the tunnel, and the solutions to a seemingly massive and universal problem are stunningly simple. All we have to do now is make them happen.

- Rupert Murray, Director The End of the Line

This is your second feature documentary. Why did you choose overfishing as your subject?

I chose the oceans as my subject and when you tell their story, truthfully, you have no choice but to include the work of the most efficient predator operating in the system, man. I have wondered at the beauty of many natural history films but felt angry that they perpetuate a myth about the oceans; that they exist in a perfect pristine bubble untouched by man. Now man’s destructive influence extends to every previously hidden canyon and crevice. Fishing has even induced evolutionary changes in fish. Nowhere is safe. I think this is story that many people simply have not heard. I chose The End Of the Line because I think the real story of man’s interaction with the sea is fascinating and the characters that have discovered it and are fighting against it are very engaging. I thought the book, that the film was based upon, offered great hope because the solutions to such a seemingly massive and universal problem are stunningly simple.

Do you have a strong personal connection to the ocean or to fish?

I live in the middle of London but have always thought about the sea, dreamt about the oceans and what they contain. The wonder became real for me when I went diving on a spectacular wreck called the S.S. Yongala near where my wife’s parents live in North Queensland, Australia. I love eating fish, I used to be an oyster shucker at a smart London restaurant. I was once featured on Japanese television for my model sculptures of whales and dolphins that I used to make like aeroplane superstructures out of balsa wood. I spent childhood holidays rockpooling. I spent my early twenties fishing on the south coast of England but didn’t catch very much at all. I am obsessed by outrigger canoes from Micronesia. I love everything to do with the oceans and I think everything would be better if they were always full of life.

Can you please share with us some of your experiences filming this movie, in places like Gibraltar, Malta and Senegal?

I traveled some of the most incredible places on the planet and witnessed some amazing spectacles but heard the same story wherever I went. In Gibraltar, which used to be a crucible of marine abundance and diversity, where two great oceans meet, the men of the three thousand year old Almadraba are staining the water with the blood of Giant Bluefin with ever decreasing frequency. In the ancient inlets of Chesapeake bay, which once greeted Captain John Smith with an abundance of marine live that hadn’t been witnessed in Europe for generations, even then, are flooded with algae and plankton as the creatures that ate them have been removed. Newfoundland, Nova Scotia, Senegal, Marseille, Newlyn, Lowestoft, and many other places we didn’t visit, have seen populations crash. Where those places are, on their way down to the end of the line, determined their position in the film. We tried to tell one story, about one problem, affecting one global ocean. We found it was, tragically, the same for everyone.

It only seems overwhelming if you concentrate on the negative side of the issue. If you look at how simple and universally agreed the solutions are, that the fishing industry is a relatively small industry to regulate properly, that a global network of marine reserves would cost the same as the amount we spend on ice cream, then I believe you can remain hopeful and positive. Healthy oceans are win, win, win, for fishing and coastal communities, for the health of our planet, for our diet, for our future. I want people to take away the fact that the oceans salvation is in our grasp. Firstly I want people to question their eating habits, and question the people who supply them with fish and try to buy only sustainably caught fish. Secondly we want to have an influence on political decisions so people should spread the word about the film and join our campaign, which will have it’s main presence online.

I personally have cut down the fish I eat. I have made it more of a special occasion and only buy fish that comply with a few certification standards. I won’t buy any large predators, like marlin, swordfish, tuna, cod, skate etc, I try to eat smaller species of fish which are very tasty and much better for you and I balance each fish between the MSC certification stamp, known reputable retailers and seafood guides to get the best picture of what I can eat. I don’t believe people should give up eating fish but rather eat it carefully and with the respect the consumption of a wild animal deserves. When big retailers sign up to only sourcing their fish sustainably, because their customers have demanded it, that message is passed directly onto the market, to the fishermen and real benefits are felt out at sea.

I met some great fishermen during the making of the film, especially the ones in Kodiak Island Alaska. I think that not all fishermen are bad, many are trying to do the right thing but find themselves in an industry in its twilight years. In many places the heyday of fishing has long gone and the fishermen left now inhabit a world of diminishing resources, and therefore income, and increasing mortgage payments on boats, so it can be a hard existence. Then there are the fishermen who are reaping huge rewards for plundering our shared resources, often illegally. On average large corporate fleets catch the same amount of fish as artisanal fleets, but they use much more fuel, employ far less people and are much more destructive to other species and the ocean in general. Deep sea bottom trawling should be banned immediately and Iceland and Russia vilified for stopping the rest of the world from doing so in 2006.

Can you imagine a sushi bar that only serves sustainable fish? Is that possible?

Sushi, as it now stands, is no longer cool. Some chains seem to be diversifying into non-fish products and I heard that sushi chefs in Japan were experimenting with sushi venison as an alternative to tuna. My favourite used to be Unagi or freshwater eel until I discovered that they have declined by 99% in the last 30 years. That sort of put me off. I only discovered it whilst attending a EU fisheries meeting. We were the only journalists there covering a decision about the future of Bluefin tuna, but the previous decision that day was about the Eel. No one was covering Eel at all, not even us. So those two sessions told you everything you need to know about sushi really. Two of its favourite menu items are on the way out. Having said that there is no real reason why sushi chefs can’t change to sustainable species but the cause of the resistance is ‘cultural’. At least this was the excuse given by Richie Notar from Nobu as he described the differing opinions within his own company about whether to serve endangered Bluefin. Despite knowing that the fish is critically endangered, and that a high percentage of fishery is estimated to be illegal, they continue to serve it.

Some of the fisheries have said that the prediction that seafood will be extinct by 2050 is a gross exaggeration. How do you respond to that? Is this a scare tactic?

Some fisheries say fish won’t run out by 2048 because in their particular fishery things look rosy, for now, and they don’t have a global scope. In other fisheries the end of the line has already been reached. In Britain for example, where the first archaeological clues to overfishing date back to the 11th century, Professor Callum Roberts claims that some areas in Scotland have already been fished out of existence. Along a large part of the east coast of England, which once supported a massive fishing fleet, the fishing industry died out over ten years ago. In Lowestoft, the birthplace of modern fisheries management, from a herring fleet of thousands, they have one trawler left in the port. We visited Newlyn in Cornwall where a joint science and community based programme had modelled some key species disappearing by 2018. I’d actually be interested to know which fisheries dispute this figure. The people I am aware of who dislike it the most are fishery scientists who feel the figure is a blot on their entire profession. It is. Some places are doing well, and we show this in the film, but overall the trends are down, and unless we change they will continue down and at some point they will hit zero. And that makes me scared.